Every Cowboy Has A Story 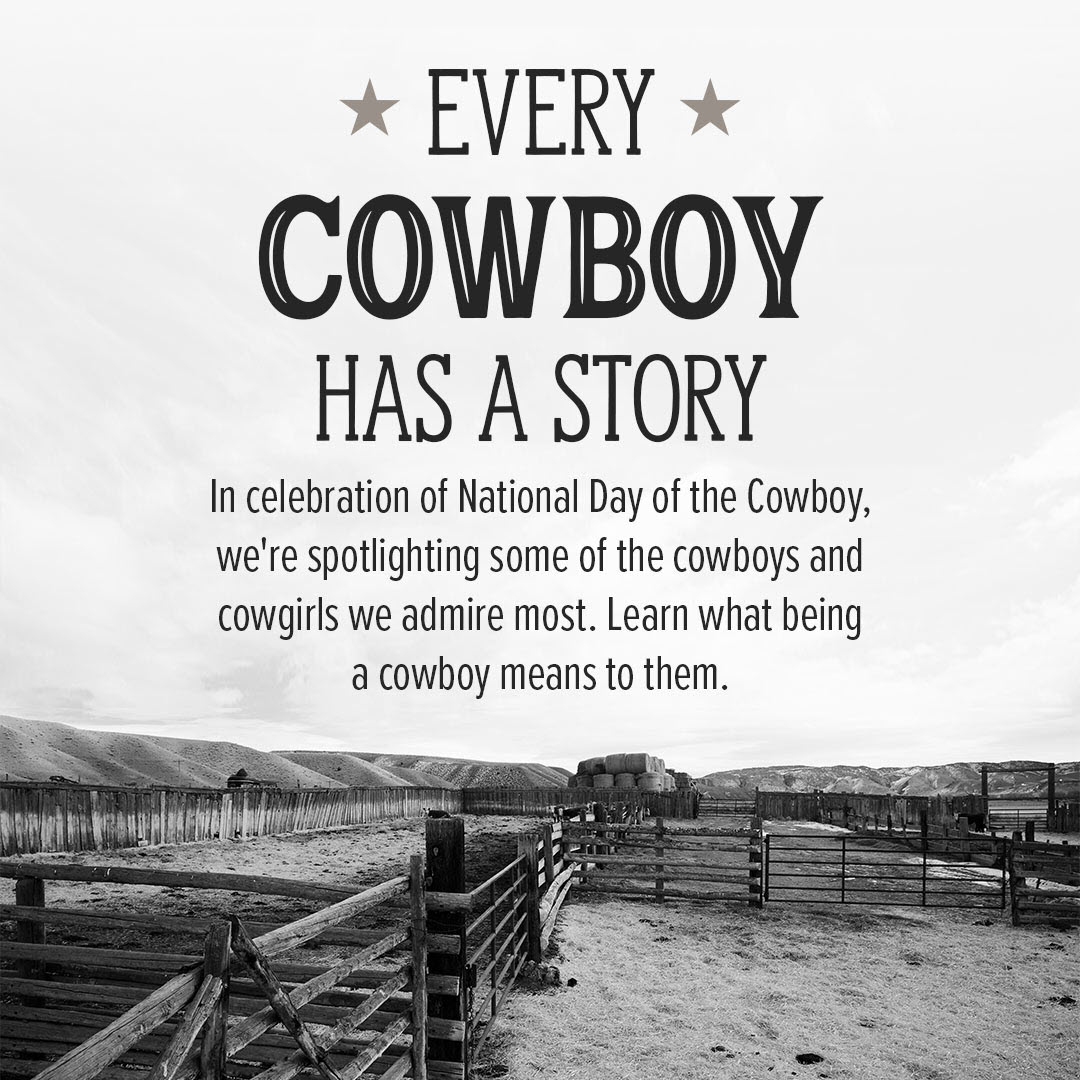 National Day of the Cowboy was founded in 2005 and falls on the fourth Saturday in July. It was founded to recognize the stoic, hardworking symbol of the American West. At Ariat, we partner with several incredible cowboys and cowgirls that embody the true cowboy spirit. Learn more about a few of these cowboys and what being a cowboy means to them. 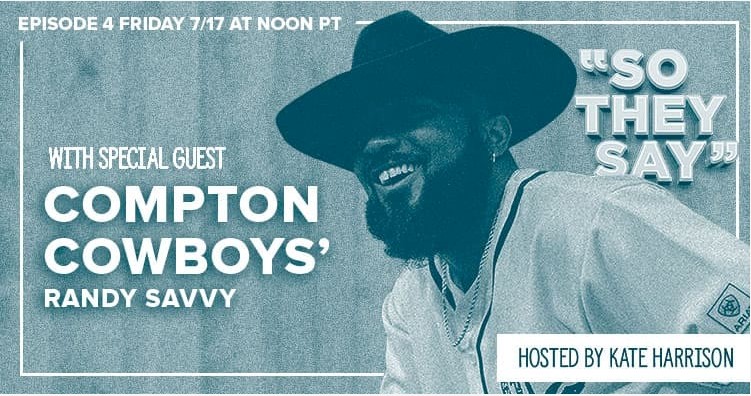 In Episode 4, we are pleased to welcome Randy Savvy of the Compton Cowboys. Join us as we talk community, legacy, and sharing the tradition of horsemanship with future generations. 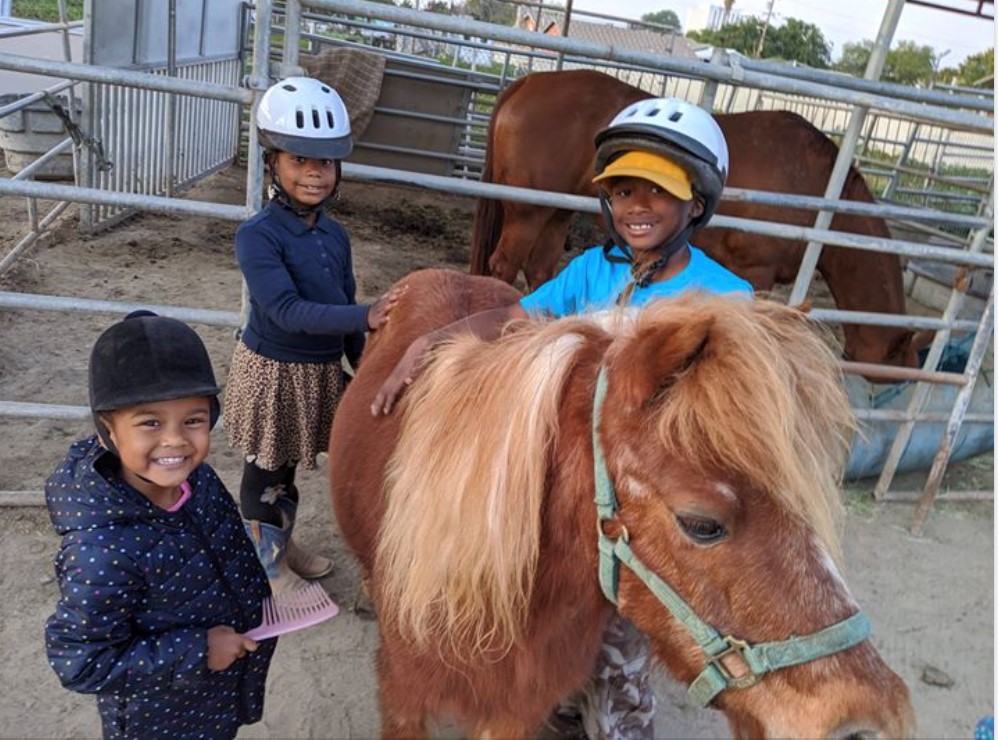 The heartbeat of this amazing non-profit is a beautiful urban ranch in the inner-city of Compton that serves as a therapeutic riding center for at-risk youth in the local community. The program teaches the skill of horseback riding and care for nature and the environment and also assists with academic achievement and character building. It is a safe haven for kids, away from the common dangers of the streets, including drugs, gangs, and crime. For more than ten years now, Ariat has partnered with the Compton Jr Equestrians and we remain humbled and inspired by the commitment, courage, and grit displayed by these amazing young equestrians. Please join us in supporting the Compton Jr. Equestrians.

To Our Ariat Community 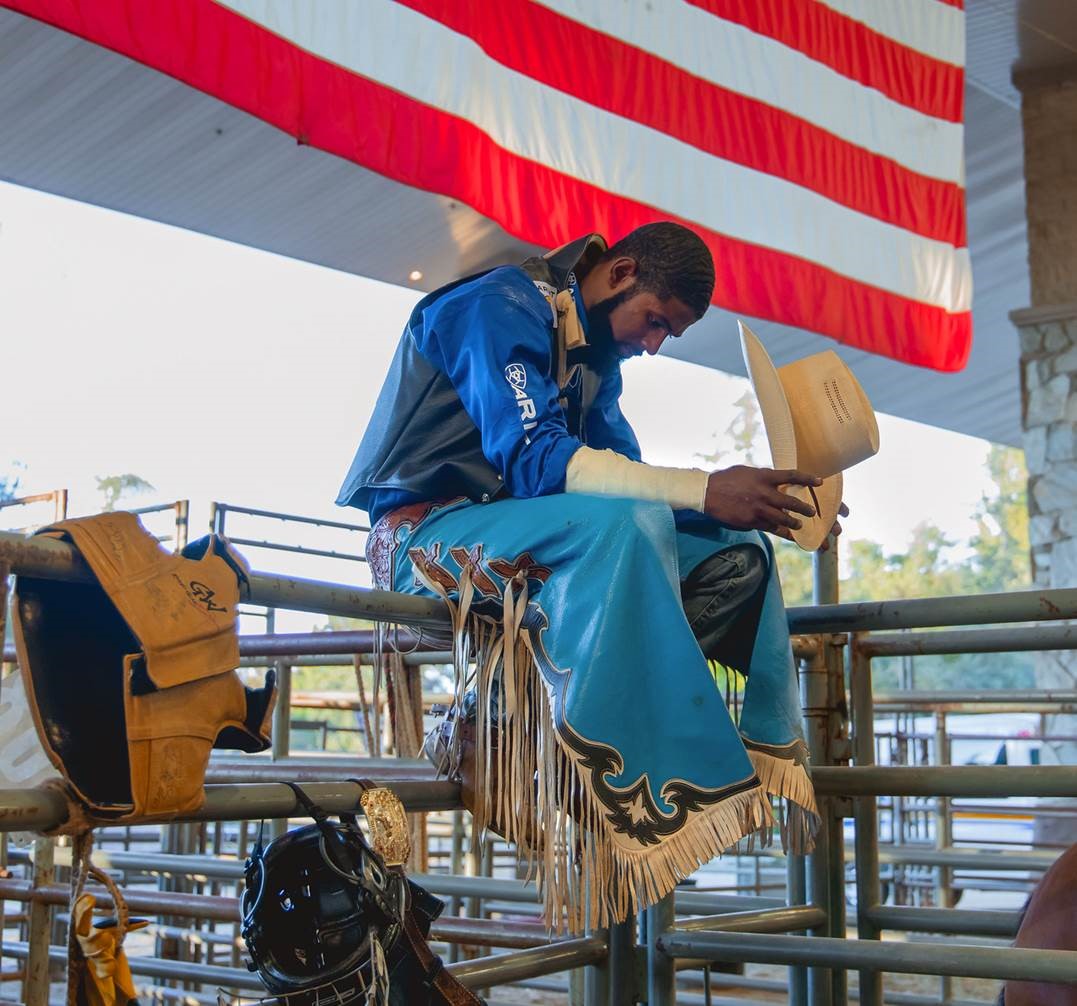 We share the frustrations and sadness felt nationwide and remain committed to the hardworking and diverse communities that form the backbone of our country. At Ariat, our core values are based upon teamwork and mutual respect, which we believe bring out the best in all of us. We have and always will firmly stand against prejudice, inequality, and injustice. Together, let’s look for ways to unite and build a better tomorrow. 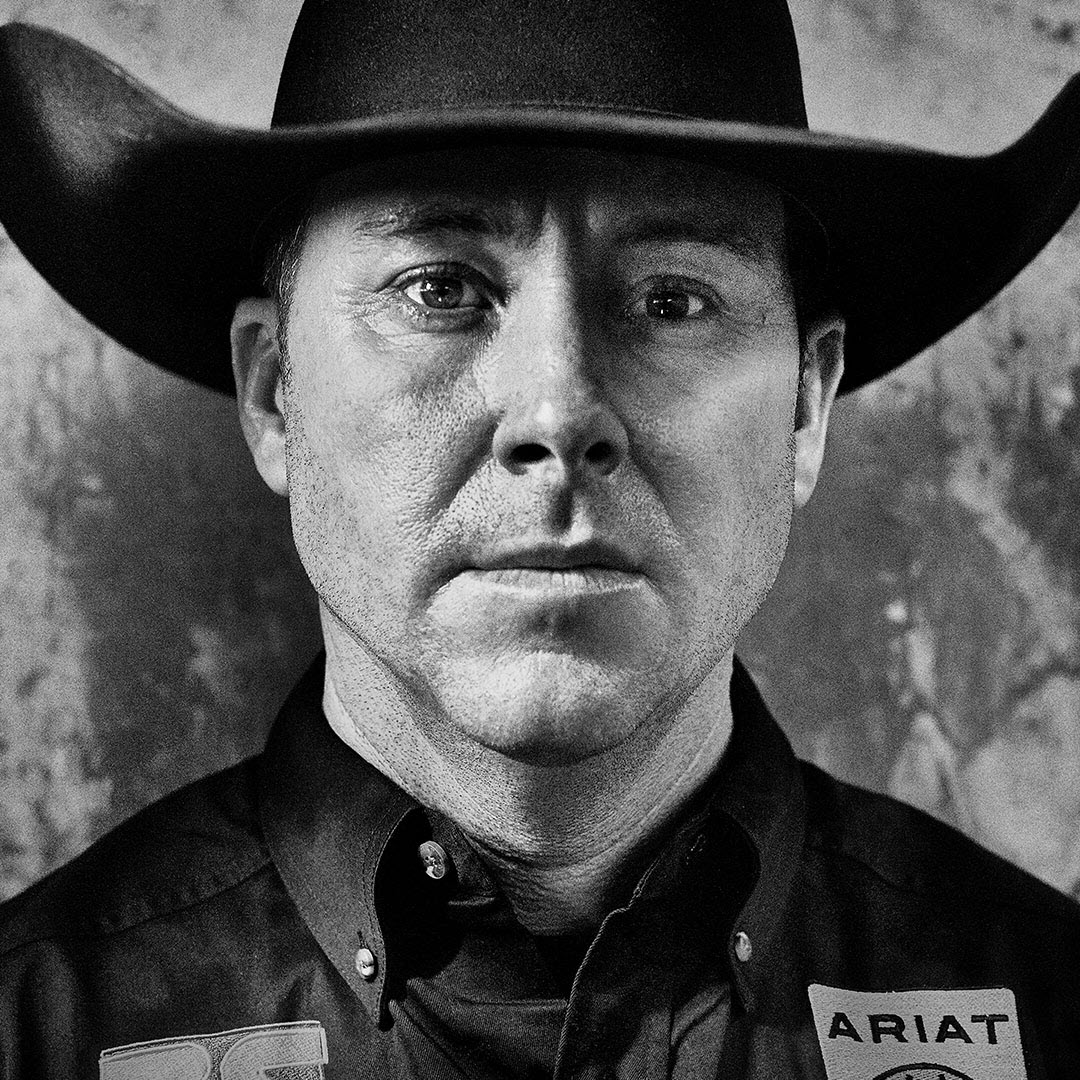 We are excited to continue "So They Say," our new online series on Facebook LIVE and welcome Kate Harrison as our host. Currently, Kate is the CBS Sideline Reporter for the PBR, and a wife, mom, former rodeo competitor (and stunt double!) who loves to live in her cowboy boots. Throughout this series, Kate will sit down with storytellers from every walk of life from our athletes, partners, employees, and many more.

In Episode 3, don’t miss our interview with 25x World Champion All-Around Cowboy, Trevor Brazile. We will discuss family, horses, heroes, and which rodeo moments meant the most . 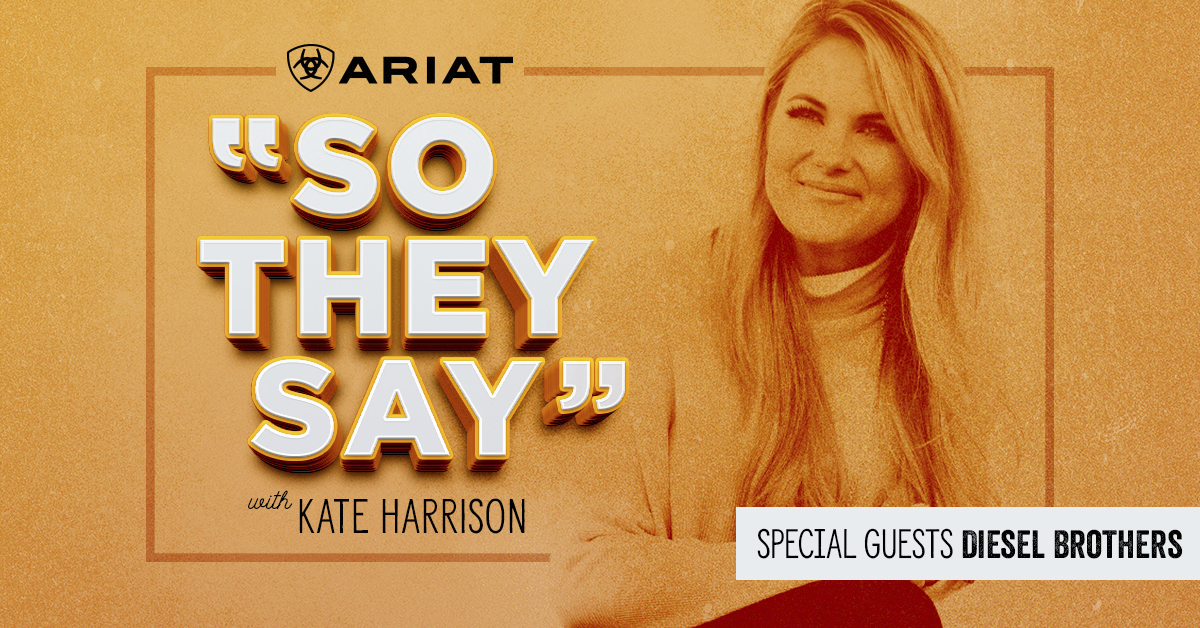 We are excited to introduce "So They Say," our new online series on Facebook LIVE and welcome Kate Harrison as our host. Currently, Kate is the CBS Sideline Reporter for the PBR, and a wife, mom, former rodeo competitor (and stunt double!) who loves to live in her cowboy boots. Throughout this series, Kate will sit down with storytellers from every walk of life from our athletes, partners, employees, and many more.

A central part of singer and cowboy great Gene Autry’s “Ten Cowboy Commandments” was helping people in distress. Today, cowboys like Jim and Todd Garrison, whose family have ranched for nearly a century in Montana, are doing their best to live up to these cowboy values.

Autry, a film and TV star, singer and rodeo stock contractor, lived up to these straight-shooting commandments in his own life, and popularized them through his performances and the country music genre he helped to define. He embodied the idea of the modern cowboy. 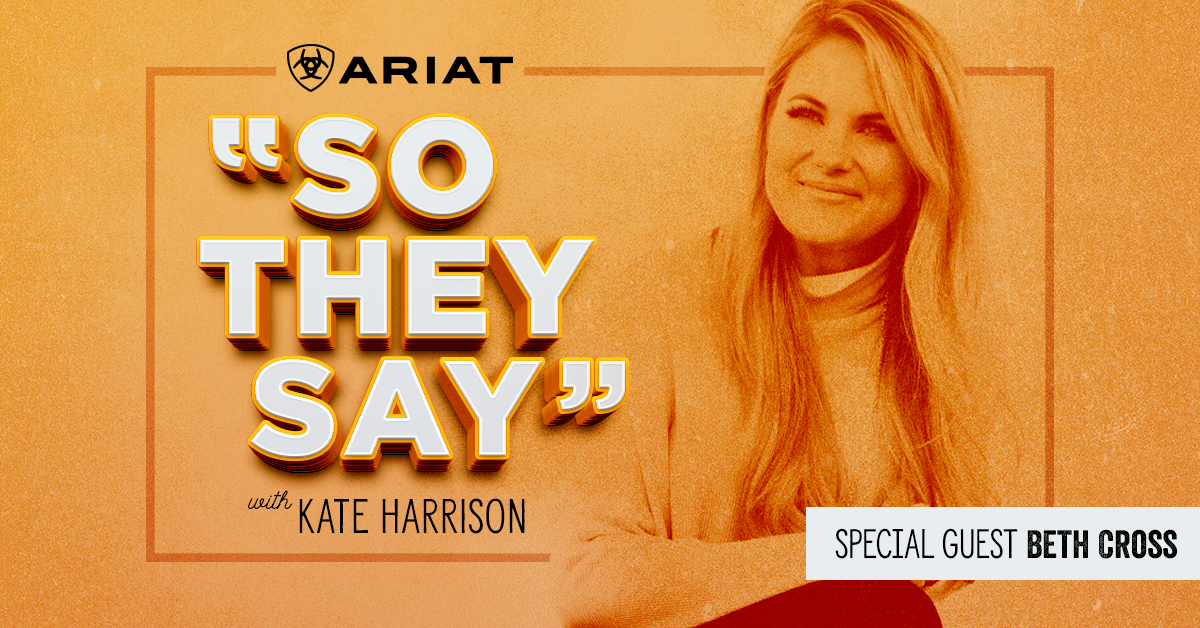 We are excited to introduce "So They Say," our new online series on Facebook LIVE and welcome Kate Harrison as our host. Currently, Kate is the CBS Sideline Reporter for the PBR, and a wife, mom, former rodeo competitor (and stunt double!) who loves to live in her cowboy boots. Throughout this series, Kate will sit down with storytellers from every walk of life from our athletes, partners, employees, and many more.

First up in Kate’s interview seat is Ariat CEO and co-founder, Beth Cross, who talks about her lifelong love of horses, Ariat’s founding, and her vision for the future.

Families like the Garrisons, who’ve ranched for over a century in Montana, go to work every day to feed the country no matter what – “it doesn’t matter if it’s ten below zero or if it’s 80 above,” says Todd Garrison.

Though they tend to keep their heads down, focused on calving, or doctoring, or whatever job’s at hand, ranchers understand the big picture, and the small. “I just think of what ranching and farming does for the world, especially in the United States” says Todd.

Ariat is committed to supporting American workers and their families during this difficult time through charitable partnerships. We’re all in this together. 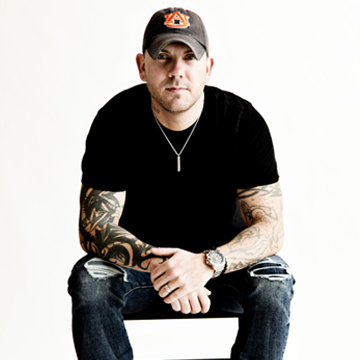 Matt Williams is not your typical Country Artist and he has a background that separates him from most artists in the industry right now. Matt is an Army Veteran that served 8 ½ years in Iraq/Afghanistan. During Matt’s last tour, he was wounded by an IED, where he lost two of his best friends and was awarded a Purple Heart for this unfortunate incident. Matt was also awarded an Army Commendation Medal with Valor Device and is ranked as an E/6 Staff Sergeant.

After returning from his third and final deployment in 2010, Matt Williams discovered another battle waiting for him here at home. PTSD and depression loomed very near to Matt, as he had been wounded - and two of his best friends were killed - by an IED attack during his last tour in Afghanistan. Things only seemed to intensify when Matt's father passed just three weeks after he had returned home from the Army. Matt desperately sought an outlet where he could direct his emotion, and he turned back to his roots: MUSIC.

"I began writing the story of my life in the form of songs that I hope other people can relate to in many different ways. I want to tell the world about my life to show that I’m not ashamed of who I am and that no one is perfect. Music, along with God, really can save the soul, and it can influence and impact people in ways that they cannot do for themselves. Music saved my life in more ways than one and I believe that it can help others as well." - Matt Williams 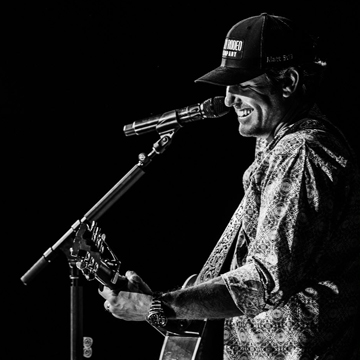 Over the last 17 years, Casey Donahew has risen from a favorite on the local Texas music scene, racking up 18 #1 singles to a nationally hot touring act who consistently sells out venues all across the country. Donahew has over 500 MILLION on-demand digital music streams through Spotify and Apple, over 350 MILLION streams on Pandora and has more than half a million followers on his social platforms, Donahew has released nine independent albums to critical and commercial acclaim.

Casey Donahew’s latest single “Let’s Make A Long Song,” finished 2019 by taking the #1 spot on the True Indie Singles chart as the most played song on Country Music Radio by an independent artist.. 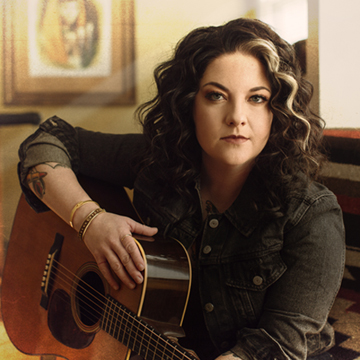 Watch Grammy®- nominated Country Music Artist Ashley McBryde perform songs from her new album, “Never Will” along with a few of her other personal favorites – live from her living room!

After releasing her debut album Girl Going Nowhere in 2018, Ashley McBryde was named “New Artist of the Year” by the Country Music Association, “New Female Vocalist of the Year” by the Academy of Country Music and Country Music Television’s “Breakthrough Artist of the Year” Award in 2019. Ashley kicked off 2020 with two Grammy nominations including “Best Country Solo Performance” and “Best Country Song” for Girl Going Nowhere and three nominations by the Academy of Country Music for Song of the Year and Music Event of the Year. Ashley’s new album, Never Will - out April 3rd - reveals witty, confessional, detail-driven songwriting that addresses a wide spectrum of blue-collar Southern women’s experience. The music is a combination of rock-and-roll with a nod to bluegrass and country music’s storytelling heart.

Not only is Ashley an incredibly talented artist, but she is also an authentic Ariat fan who has been wearing our boots on and off the stage for as long as she can remember. As an Ariat footwear and apparel partner, Ashley embodies the values carried throughout our entire Ariat family, and we are truly honored to be a part of her life and work as she continues her music journey.

Ariat is proud to support MusiCares COVID-19 Relief Fund. Please join us to help keep the music community alive and thriving, giving it as much as it gives all of us.