“Secretariat ran flat into legend, started running right out of the gate and never stopped…” – William Nack for Sports Illustrated

Two of the most frequent questions the Ariat team is asked are, “What does Ariat mean?” and “How do you pronounce Ariat.” The answer to both can be found in the name of the legendary racehorse, Secretariat.

Secretariat was a non-stop competitor known for his will to win against all odds. Early in his racing career, he became the first two-year-old to unanimously win Horse of the Year. The following year in 1973, he would break a 25-year drought when he won the Triple Crown. His finishing time of 1:59.40 at the Kentucky Derby remains the fastest time ever recorded at the event.

Secretariat had a tendency to be last out of the gate, which meant many of his races were exciting, come-from-behind wins. He had a unique combination of speed and stamina, but it was his heart – both its size, which was found to be three times that of a typical thoroughbred, and his love of running – that would propel him to greatness.

Ariat was the first company to integrate athletic shoe technology into riding boots, and when CEO and founder Beth Cross was naming the company, she found inspiration in Secretariat’s story and his unbridled spirit. Her goal was to build the #1 equestrian brand in the world, and Beth knew this would take hard work and determination; not unlike what it took for Secretariat to win the Triple Crown.

Today, Ariat has reached that initial goal, and much like Secretariat, is still running. Our drive and dedication to bring innovative, high-quality products to new categories and new consumers is reflective of our company values and a nod to our namesake – one of the greatest racehorses to have ever lived. 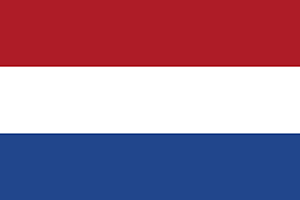 United States
We're just checking to see if you meant to visit your local site.